Ah, the brain – scientists are still striving to understand this fascinating and complex organ. Each one of us has an incentive to maintain an active, clear mind throughout our lifespan. As we age, there are multiple changes that occur naturally in our brains. These include: increased inflammation and damage from free radicals, reduced blood flow due to changes in blood vessels, and changes in neurons that impact communication in between cells. Beyond these natural changes, the brain is also susceptible to disease. When certain disorders affect the brain, they can result in physical changes that lead to dementia – a range of symptoms that cause a severe decline in mental ability, ultimately interfering with daily life. Alzheimer’s disease (AD) is the most common type, but there are many others. Did you know that there were 47 million people worldwide living with dementia in 2015? With an aging population, this number is projected to triple by 2050. In the United States, dementia is now the 6th leading cause of death. Clearly this has become a public health priority, and many of us have witnessed its effects on friends and loved ones.

As nutrition professionals, our next question then becomes – how can specific dietary components protect the brain from cognitive decline? As a dietitian with a background in psychology, I find this area of research particularly fascinating. The research is still developing, but here are a few highlights from what we know so far:

In 2015, a study published in the journal Alzheimer’s and Dementia introduced a new brain-healthy eating plan called the MIND Diet (how fitting!). This diet, which stands for “Mediterranean-DASH Intervention for Neurogenerative Delay,” was developed by a nutritional epidemiologist and her colleagues at Rush University Medical Center in Chicago. As you may have already guessed, the MIND Diet is a combination of Mediterranean and DASH diets. Additionally, it includes modifications based on the most compelling findings from diet-dementia research. More long-term studies are needed, but there were a number of promising findings from this study. Specifically, participants with higher adherence to the MIND Diet experienced a slower decline in cognitive abilities, as well as lower risk of developing AD. Results also suggested that the favorable affects on the brain become stronger the longer someone consumes the MIND Diet

Here are the basics of the MIND Diet:

So, you may be feeling a bit disappointed about one (or a few) of the foods on the “unhealthy” list. The good news is, the researchers found that participants had a reduced risk of developing AD when they adhered even moderately to the MIND Diet. AD risk was lowered by up to 53% for those who adhered to it strictly, compared to about 35% for participants who followed it moderately well. Fortunately, our core principles of balance and moderation always seem to hold strong!

I hope this post provided some helpful insight on what really constitutes “brain food.” Of course, there are so many things beyond diet that we can be doing to preserve our brains (exercise, sleep, social activity, etc.) – but that could be a whole other blog post! 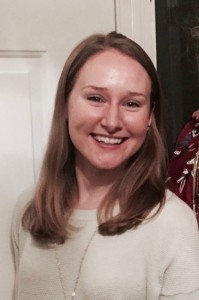 Elizabeth Newton, RD is the current Secretary of the Blue Ridge Academy of Nutrition and Dietetics. She works for the UVA Health System, both as an outpatient dietitian for the Nutrition Counseling Center, as well as a bariatric dietitian for the Department of Surgery.