The USDA’s Food and Nutrition Service recently awarded Loudoun County Public Schools a “One in a Melon” award for administering an exemplary Farm to School program.  One school district per state was selected for the award by receiving the most public nominations.

Farm to School programs help kids form healthy habits, learn where their food comes from, and develop an understanding of the importance of nutrition and agriculture.   Results of the 2015 USDA Farm to School Census show that schools with robust farm to school programs report reductions in food waste, higher school meal participation rates, and increased willingness of the students to try new foods, notably fruits and vegetables.  Census results also show that U.S. schools invested nearly $800 million in local food from farmers, ranchers, fishermen, and food processors and manufacturers in the 2013- 2014 school year, which is money going directly back into local communities. 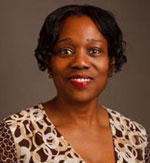 Teresa Lucas, DTR is the incoming NVAND President, and she works for the Loudon County Public Schools as an Operations Specialist.