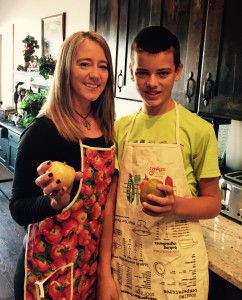 This week I introduced you to my son, Austin, and some nutrition interventions that do and do not work to help children with Attention Deficit Hyperactivity Disorder (ADHD). While it’s true that impulsivity, inattentiveness, and hyperactivity are each hallmarks of ADHD, so are creativity, innovation, imagination, and usually intelligence! Children with ADHD are often the best little chefs if this imagination and creativity are fostered correctly. You see, while most of us can shut out the multiple distractions that come at us each day to focus on the task at hand, individuals with ADHD are not able to shut out that stimuli. Another child tapping a pencil, someone humming a tune, or a butterfly outside the school window are each enough to pull the attention of a child with ADHD in many different directions.

This inability to maintain focus is thought to be related to a disorder of the dopamine receptors in the brain and a decrease in serotonin activity (both of these chemicals are known as neurotransmitters that help control brain activity). Therefore, it’s believed that a child with ADHD has difficulty or the inability to shut down the right brain in favor of the left brain as many of us normally do. So while this can lead the child to be impulsive and inattentive, these children are also usually the builders, creators, engineers, inventors, and chefs.

Austin underwent 6 weeks of psychological testing a few years ago to determine the cause of his nervous tics and impulsive behavior. He was diagnosed as a genius with ADHD. We weren’t surprised – at the age of 2 he was building 500 piece puzzles and massive Lego structures. We originally thought he would be an engineer when he grows up, and we still think that is a possibility. But now we’re thinking he may become a chef – he has decided he loves cooking and baking if he gets to cook from scratch rather than from a box. The science of food intrigues him; he wants to know the role that each individual ingredient plays to make the final product. Even as a Registered Dietitian who studied food science in college he sometimes stumps me with his questions!

Working with my son in the kitchen has taught me several things that are helpful for all children, and not just those with ADHD:

My husband fears that my cooking career is on hiatus for the next 6 years until Austin leaves for college! In the meantime, I’m loving having a partner in the kitchen to expand my own skills and spend quality time with my son all while harnessing his ADHD in a positive manner. If you have a child with ADHD, I hope you will consider some of these tips and guidelines as a way to utilize their ADHD to their benefit while becoming more engaged in nutrition in the kitchen! 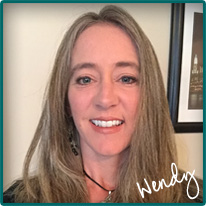 Wendy Phillips, MS, RD, CNSC, CLE, FAND is the Immediate Past President of VAND and a Division Director of Nutrition for Morrison Healthcare. She is the mom of 2 boys, ages 12 and 15.