Reduce Your Waste: Join The Ugly Fruit and Veg Campaign 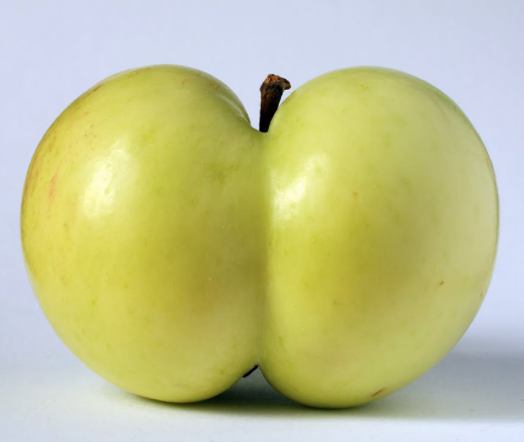 With fall right around the corner, that means it’s just about time to welcome back fall favorites like fresh apples, pears, and pumpkins to the dinner menu.  It’s likely that you will probably come across an apple or two that may look a little less perfectly shaped or ‘uglier’ than the rest.  Consider for a moment if you would skip over the ugly fruit, or, if you would place the ugly fruit into your shopping basket.

It is commonplace for today’s shoppers to pass over misshapen or oddly sized produce selections in search of more cosmetically appealing choices.  In fact, many grocers even pre-screen the produce bins in an effort to remove cosmetically imperfect pieces before shoppers have a chance to see them.

The process of removing unattractive or unsafe produce from the market is called culling.

Culling is performed by produce distributors to remove produce that may be unsafe to consume due to mold or rotting.  However, the process has evolved to also include removing produce that is completely food safe but looks somewhat unattractive.  Produce with minor bruises, shrivels, off-color, or distorted size and shape are still safe to consume.

With today’s culling practices and consumer food waste habits, it is no surprise that produce is among the top wasted food group.  Almost half of all fruits and vegetables produced are wasted, with nearly 20-30% of the losses attributed to retailer and consumer practices such as culling.

While wasted produce continues to serve as a major environmental issue, the good news is that progress has been made to combat the wasteful process of tossing ugly produce!  In 2014, the Ugly Fruit and Veg Campaign embarked on a journey to bring awareness to the billions of pounds of produce wasted annually due to strict cosmetic standards.

The Ugly Fruit and Veg Campaign highlights the ‘uglies’ and ‘misfits’ of the produce world through their campaign on Twitter, Instagram, We Heart It, and Facebook.  The organization partners with grocers and retailers across the globe to provide shoppers with access to discount selections of cosmetically imperfect produce.  The overarching mission is to reduce annual food waste by selling ugly fruits and vegetables that would otherwise be discarded into land fills.

There is no better time than the present to get started on reducing how much food you waste each week.  Join the Ugly Fruit and Veg Campaign this fall and play your part in reducing annual produce waste!

Ugly Fruit and Veg Campaign Partners Near You:

Ali Webster is a current dietetic intern in the Virginia Tech Internship in Nutrition and Dietetics.  She previously completed her undergraduate degree in Biochemistry and Master’s degree in Human Nutrition at The Ohio State University.  In her free time, she loves exploring parks and neighborhoods around the DC Metro Area and trying to master new food recipes!