Coconut oil: Heart Healthy or Not?

February is Heart Month, which means there’s no better time to take a look at food products touting heart healthy benefits to see if the claims hold water. For example, I’m hearing on websites, television, in magazines and around the water cooler that coconut oil is the bee’s knees when it comes to heart health. The following quote was recently ripped from the headlines:

As the dietitian for ClubRed and UVA Heart & Vascular Center, this quote intrigued me enough to do a little research on coconut oil. First … what do we know for sure about this tropical oil?

So far, coconut oil isn’t looking so good. And from here, it gets a little more complicated, but this is where the health claims come in.

Coconut oil contains a high percentage of medium-chain triglycerides or MCTs. MCTs are metabolized differently than other fats, which results in a slightly greater “thermogenic effect” (increase in calories burned during digestion and absorption of foods) compared to oils made up of long-chain triglycerides (LCTs) such as olive oil.

In addition, coconut oil’s primary saturated fatty acid is lauric acid, which some research has shown to not only raise LDL, but also raise HDL (“good”) cholesterol. In a 2009 Brazilian study that appeared in the journal Lipids, for instance, young obese women who consumed an ounce of coconut oil a day for 12 weeks had increases in both LDL and HDL, but their HDL rose proportionately more.

This sounds compelling, but is the evidence from this study enough to warrant tossing your olive oil in favor of a jar of the tropical stuff? Not even close. This is only one very small, short-duration study conducted on Brazilian women, whose typical daily diet likely differs quite a bit from that of U.S. women.

The Verdict: Choose Coconut Oil for Taste, Not for Health

As health practitioners, our job is to look at the science and make evidence-based recommendations to our patients; and in order to do so with confidence, we require a large body of consistent, robust data. In all fairness, there are many studies that show some kind of connection between coconut oil and heart health, but not all studies are created equal.

The studies the scientific community depends on are the larger, longer-term, double-blind, randomized controlled trials (RCTs) for which the humans being studied are randomly allocated to one of the different treatments under study. In contrast, many of the studies proudly offered up by coconut oil advocates are small pilot studies lasting only a few weeks and mostly involving small animals (rats and birds etc.) Also among the studies proudly cited on the coconut oil websites are some that do not specifically study the effects of coconut oil (or even MCTs), but rather take a more general look at saturated fats.

Bottom Line: If you are interested in trying coconut oil, go right ahead (many people enjoy the slightly sweet, nutty taste.) But remember that the guidelines for saturated fat intake have not changed (the American Heart Association recommends that saturated fat make up no more than 5 to 6 percent of your total daily calories; approximately 120 calories if you’re on a 2,000-calorie-per-day diet.) So to avoid weight gain and a potentially increased risk of chronic disease, make sure you are eating less of other fats to compensate for the addition of coconut oil in your diet.

Keep in mind that, although the media stories can be tempting, the most reliable and trustworthy source on the health benefits of coconut oil (or any other food product) is your physician or registered dietitian. 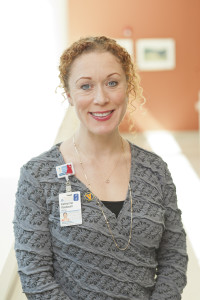 Katherine Basbaum, MS, RD is passionate about educating patients on the right nutritional solutions to combat a myriad of health issues. In her role as Clinical Dietitian for Morrison Healthcare and the UVA Heart and Vascular Center, Katherine provides nutrition counseling and creates clinical treatment plans for patients with heart disease, heart failure and other chronic conditions such as obesity and type 2 diabetes. Katherine received her master’s degree in Nutrition Communication from Tufts University in Boston. During her graduate training, she enjoyed internships with both Eating Well and Cooks Illustrated Magazine, where she developed editorial content, analyzed recipes and performed nutrition research.